It’s something that a lot of dads encounter. You find that you and your son have literally nothing in common. You love sports, he loves computers. You love fishing, he loves Caption Underpants. How can you bond when your interests and personalities are so different? Let’s take a closer look at how to bond with your son when you have nothing in common. 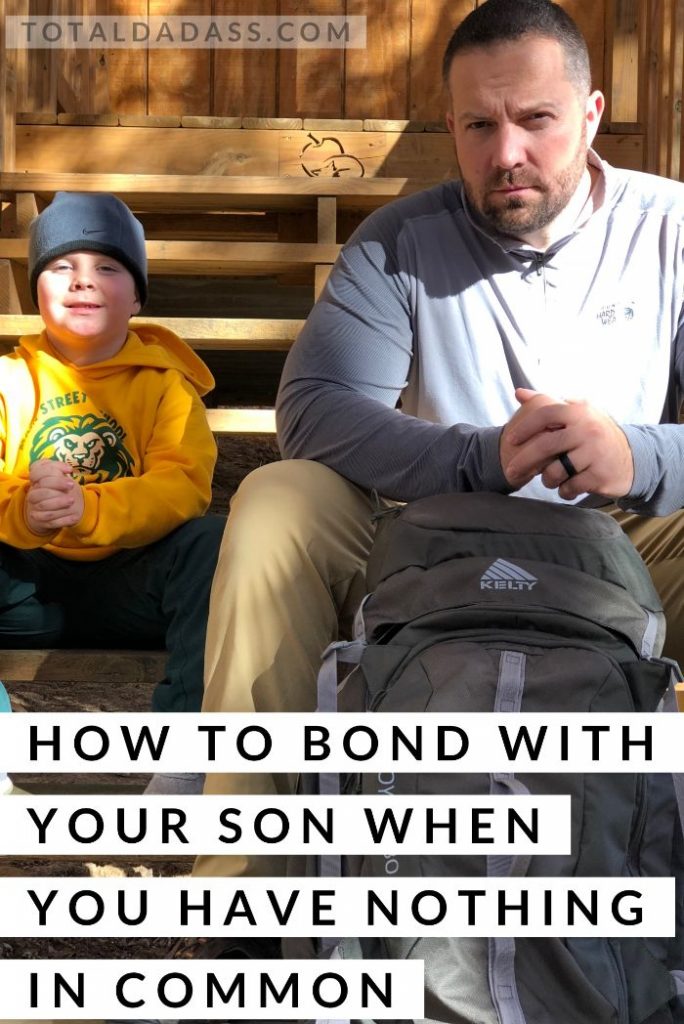 How to Bond With Your Son When You Are So Different

I know the struggle here, personally. I love the outdoors… hiking, archery, shooting, ATV riding… you name it. My son? Well, he’s into computer games, X-box, board games, puzzles, reading, drawing comics, and trying his hand at the latest Fortnite dances. And I love that he’s his own person with his own interests, but I’d rather get stabbed in the eye with a fork than play a board game. So, when we want to get some one-on-one father-son bonding time, one of us ends up doing something we don’t like…

We’ve actually found some common ground with many activities. We both like camping, even if that means that he’s more interested in making the s’mores than chopping wood for the fire. He’s cool with hiking if it ultimately leads to a pond, creek or waterfall where he can splash around for a while. And I don’t mind video games that much if it involves superheroes, baseball or football.

So here are some tips if you’re trying to find a middle ground with your son, too.

Related: How to Connect with Your Kids in 15 Minutes a Day

Instead of trying to come up with things to do together, just ask him what he would like to do. It might not be something you would have suggested, but just spending time with your son is what’s important. That’s what he’ll remember and cherish – that you were there.

Show an Interest in What He’s Doing

Think back to our childhood, even. What were some of your favorite toys… favorite games? While I don’t know much about some of my son’s toys, we both have a common interest in Transformers. So, when he’s begging me to play with him, we bring out Bumblebee and Optimus Prime (and about 30-40 other Transformers usually, if we’re being totally honest here). 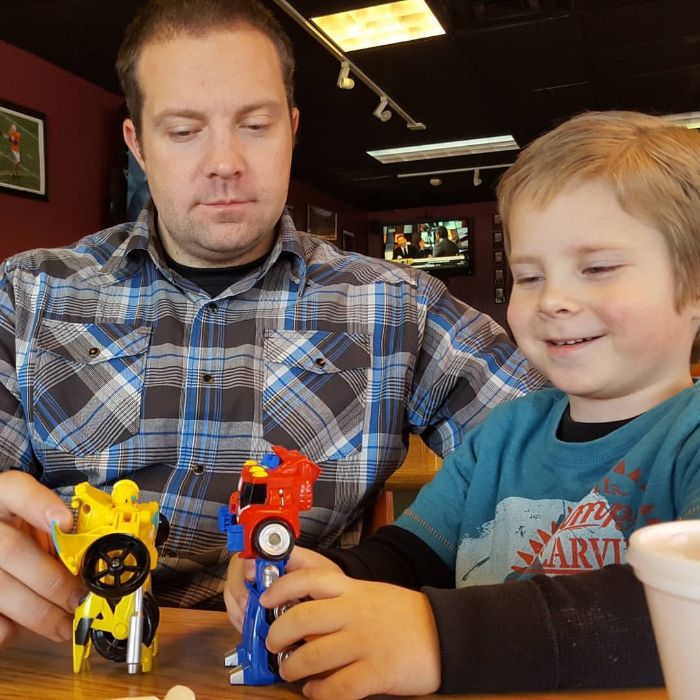 Look for new things to do together. For example, if you both enjoy being outdoors but like different sports, try a new sport together. If you like football and he likes baseball, try mountain biking or rock wall climbing instead. Ask him what new things he would like to try and plan a weekend to try it.

One of the biggest problems people face is certain experiences not living up to their expectations. Stop expecting every outing to be the best thing ever or a complete failure. Just focus on spending some one-on-one time with each other without all the pressure.

Last, but not least, keep trying to bond with your son. Just because the camping trip was a failure, or he hated the idea of taking a road trip doesn’t mean he won’t like the next thing you suggest. Maybe it’s time to start letting him make the suggestions. It will mean something to him that you kept trying.

It can be hard to learn how to bond with your son when you have nothing in common. However, that doesn’t mean it can’t happen. Try new things together, get suggestions of things to do from your son, show interest in what he’s into… Just keep trying.

« Xbox for Kids: How to Talk to Your Kids About Online Gaming Safety
5 Things to Do to Strengthen the Bond with Your Family »